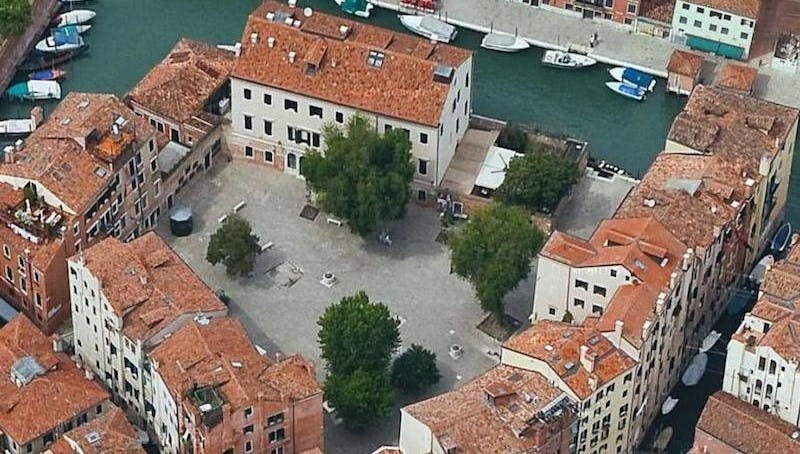 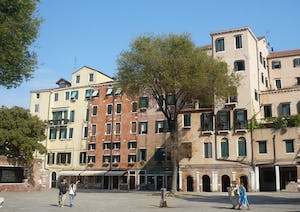 This is Campo del Ghetto Nuovo, the main square of the Jewish area. Ghetto, like many international words, is a Venetian word, from the verb ‘gettare’, meaning to “cast iron”, as in the Middle-ages this area was in fact the city’s main iron-foundry. Established in the early 16th century as the first ghetto in the world, it marked the first time in history in which Jews had their own quarter. The Ghetto was cut off from the rest of the city, with its gates closed at sunset, where Christian guards, paid by the Jews themselves of course, kept watch; since they could not expand outside their confines, the Jewish community began to build upwards, as you can see from the unusually tall buildings in the campo. Venice found that the Ghetto was a profitable source of income, as Jews had to pay enormous sums of money just to stay in the city at all. Even in Venice Jews were not treated too well unfortunately, but they were certainly safer than anywhere else in Europe, given Venice’s opposition to any form of religious fanaticism, hatred or racism. Indeed, Shakespeare, whose Merchant of Venice is one the best depictions of Venice’s Jewish community, rightly said that “the trade and profit of this State consisteth of all nations.” 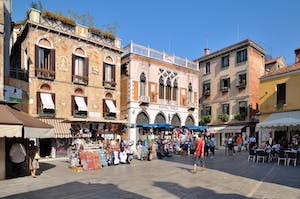 Despite being almost unchanged through time, there is much in Venice which has long since disappeared. The

Campiello dell’Anconeta is a perfect example of this. In the middle-ages, in the nearby church of San Marcuola, a painting of the Virgin Mary considered miraculous was put on display and, of course, hundreds of religious devotees began to flock there every day to pay tribute to it. A group of young men, however, stole the small icon, from which the word Anconeta, and brought it here to this Campiello, where they built a shrine for it; soon enough, the pilgrims who wanted to see the icon of the Madonna came here, and the place grew in popularity so fast that it was rebuilt into a church. Unfortunately the church was destroyed in the 19th century, and Campiello dell’Anconeta remains a tribute to a Venice gone by. 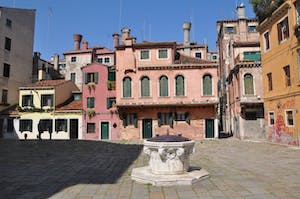 Campo della Maddalena is one of Venice’s most intriguing spots, where so many colours glimmer off the water and the windows in an otherwise perfectly still environment. Aside from the gleams and the lights, this campo is a charming tangle of clashing angles and lines, all responding to real urban problems.

Since the campo was once too low, one side was elevated to raise the level of clean water in the well cistern, otherwise contaminated by the marshy waters of the lagoon. And, while creating a livelihood was a burdensome endeavour for anyone here, the buildings with their chimneys, all in different shapes, heights and colours, create one of the most attractive sightings in the city. Campo della Maddalena is simply a great testament to the Venetian skill of turning an apparent chaos into a fascinating, pleasing urban layout.