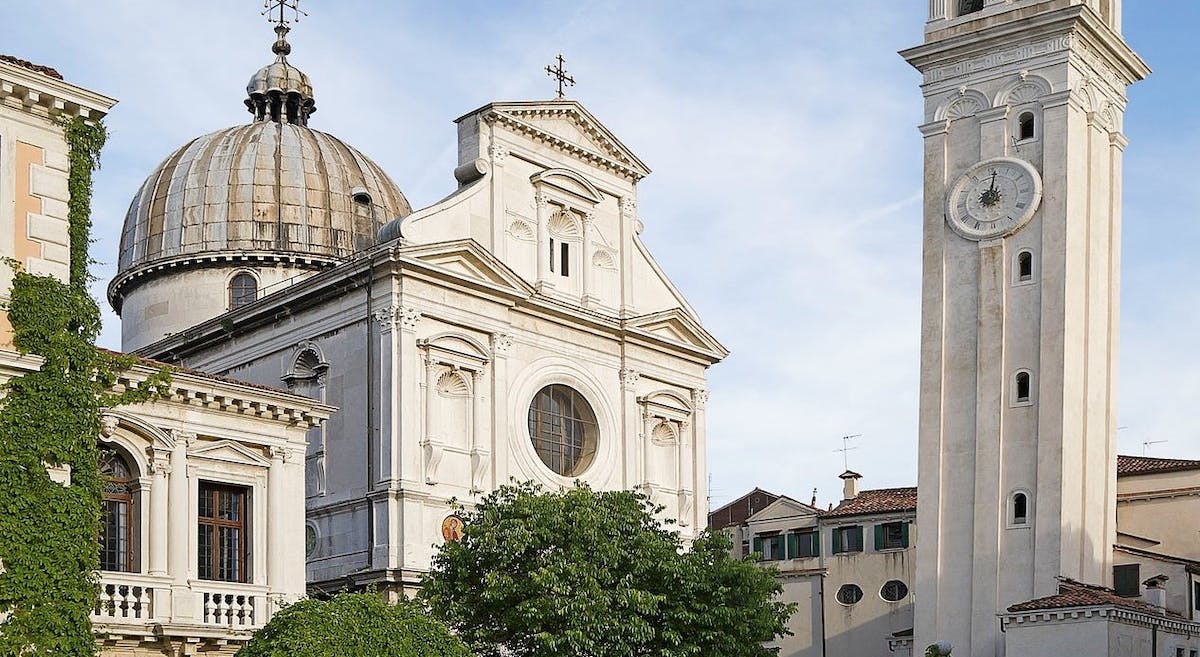 Venice’s history is inexorably linked with Constantinople, after the 4th crusade, which was an excuse for Venice to pilfer the most valuable treasures and booty from Constantinople, the Byzantine empire began to crumble, and many Greeks emigrated west. The Greek community preserved their language, religion and traditions; and soon the Venice allowed them to build their own church: san Giorgio dei Greci. The bell tower is quite obviously leaning to one side, and it is said it was built this way. The only nave is covered with frescoes by Giovanni Di Cyprus. Opposite the pulpit there is the cenotaph of archbishop Gabriel Stern of Philadelphia by Baldassare Longhena. The iconostasis is characterized by marble decorations and paintings depicting various saints. The decoration of the iconostasis is completed by a Christ Pantocrator placed in the centre.

Scuola di San Giorgio degli Schiavoni often goes unnoticed. This was one of many Nation Schools in the city, allotted to the Dalmatians community, which was under the city’s rule. Such was the power of Venice, that it allowed foreign communities to work, live and prosper within it, in the knowledge that it would only increase its own wealth. San Giorgio degli Schiavoni is the only standing Nation School today because most were sadly destroyed or reutilized by Napoleon after 1806. Outside, there is the relief of Saint George slaying the Dragon, above it, a relief of the Virgin enthroned between saints John the Baptist and Catherine of Alexandria. The Hall was renovated in the mid-16th century, and the teleri Di Vittore Carpaccio were placed here. The room shows a ceiling beams decorated by paintings of the cycle of paintings by Carpaccio.

During the 13th century in Venice, orphans were very common, as death in childbirth was frequent, and often families did not have enough money. Venice was famous for taking care of the poor and orphans, this church you see was once a hospital and school for orphan girls, where they learned to sing and chant. The school quickly became famous for its girls’ choir, directed by Antonio Vivaldi for over 40 years. If you peer in the calle to the side of the church, on the wall you’ll see a plaque condemning whoever abandoned their children. The interior has an ovoid form, characterized by two choirs with wrought iron grates. On the ceiling there are frescoes by Giambattista Tiepolo, ‘Fortress and peace’ on the main entrance, ‘The theological virtues’ and ‘The Triumph of faith’.

Visit  the most important points of interest at your pace with € 37, click here!