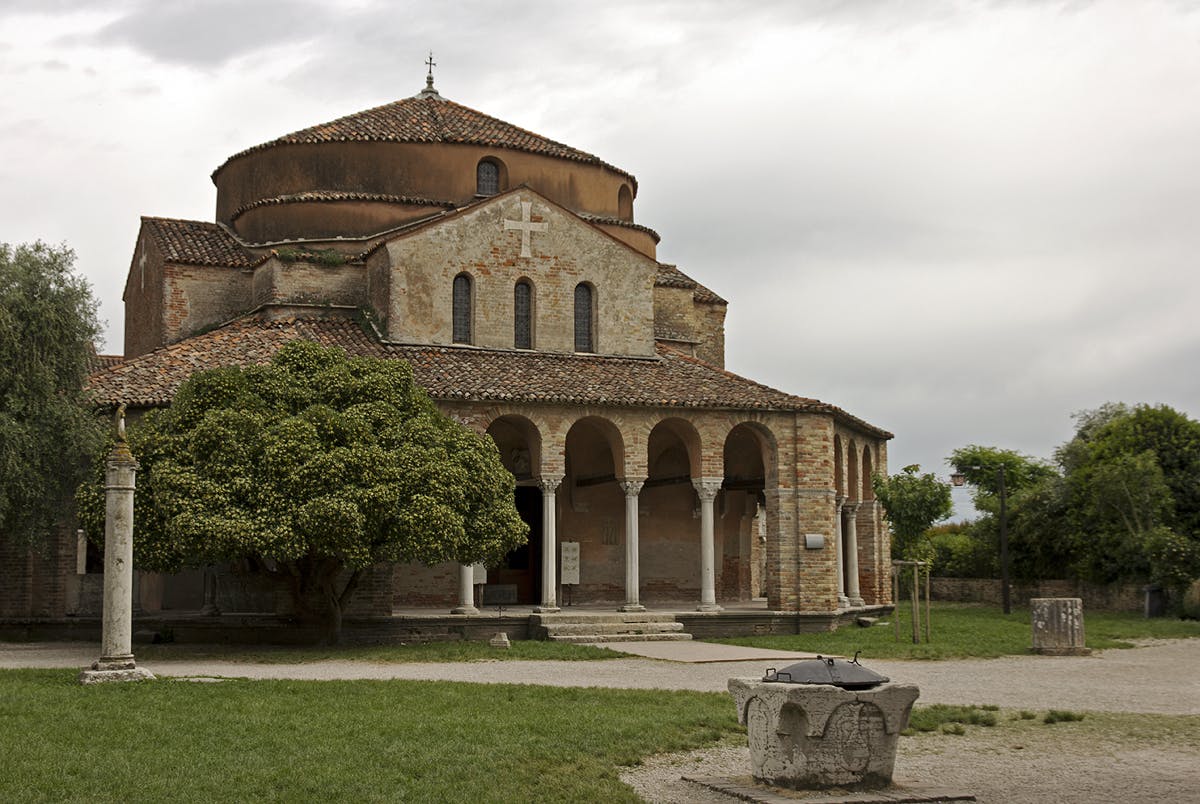 Torcello: the first centre of civilization

Torcello was already inhabited in Roman times probably only as a retreat of some noble family, later was abandoned when the surrounding lagoon got silted up. Upon arrival of the Barbarians in the fifth and sixth centuries, the inhabitants of cost town Altino took refuge first in Torcello and then in the other islands of the lagoon. Torcello had a self-government with its own magistrate office and became an important centre thanks to the wool industry in particular, but Venice becoming increasingly rich and powerful was the cause of its final decay.

What places to visit in Torcello

Peculiarity of Torcello are the gardens that the few remaining islanders still grow today. When you get off the boat, past a short road running along a canal, you can see the Locanda Cipriani where Hemingway lived. Once you cross a bridge, there comes the Piazzetta, a grass covered area with a rough marble seat which legend says was Attila’s throne. In fact the king of the Huns never sat there; as experts say, the stone seat was used to administer justice.

Around the square you will see the cathedral of Santa Maria Assunta. Founded in year 639, it is one of the oldest Venetian-Byzantine buildings that still remain in the lagoon. Other landmarks are the bell tower, dating back to the eleventh century, a few remnants of the Baptistery, the church of Santa Fosca and the Museum of Art and Archaeology.

Torcello has only two bridges, one of which is the Devil’s Bridge, built in the fifteenth century. The name seems to go back to the Diavoli’s family (“devils” in Italian) who once lived on the island.

Discover all Venice and Murano, Burano and Torcello at your pace with € 15,  click here!