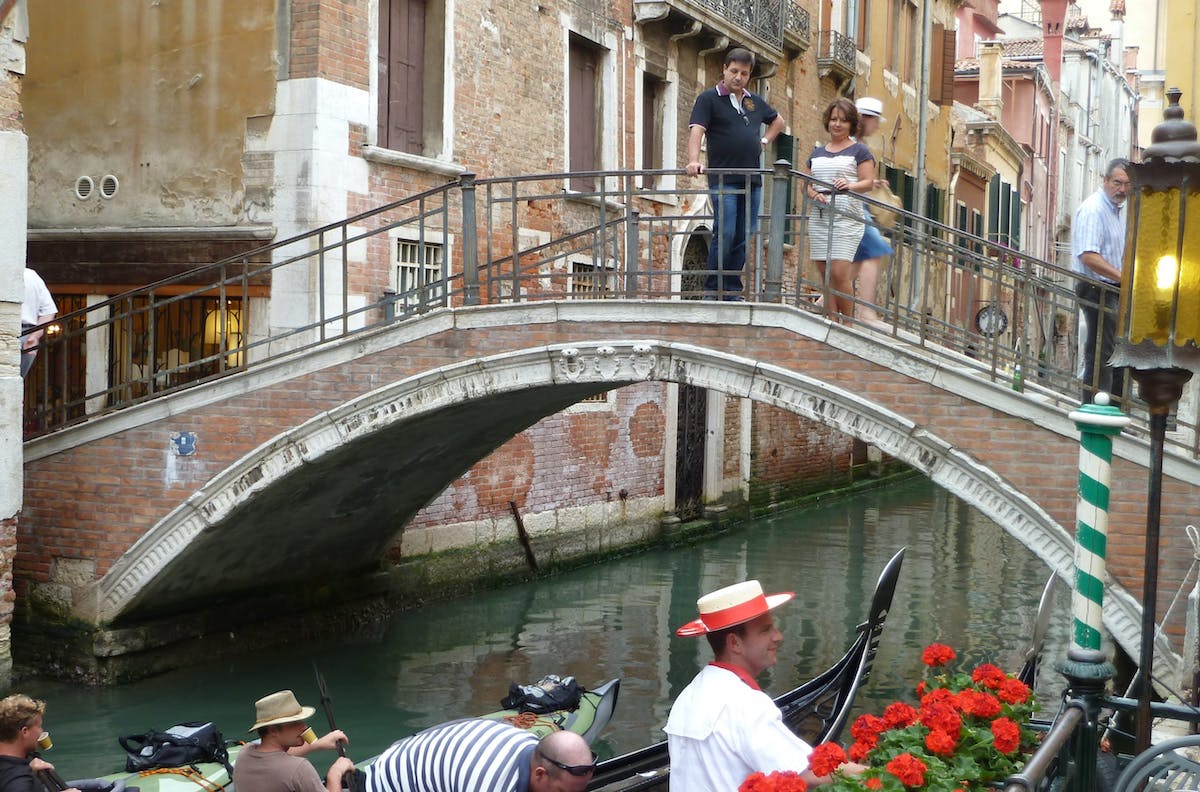 This is the Ponte delle Ostreghe, the Bridge of Oysters. This is where once fishermen would moor their boats at dawn after a night of oyster-fishing and sell them to haggling Venetians. With Venice’s growing power and wealth in the 13th century, Venetians became accustomed to the best things in life, food being at the top of the list, and oysters were as treasured then as they are today.

Venetians have always been famous for enjoying good food and paying good money for it. So much so, that in the early 1300s the Venetian State decided to impose moderation on food consumption throughout the city; to the point that in 1460 a law was passed which declared that no more than half a ducat should be paid per person attending a banquet. Of course, Venetians were as keen in implementing laws as they were in breaking them.

Calle Larga XXII Marzo is strikingly unvenetian because, as the name suggests, it is a wide and straight street. This is because in fact it was rebuilt in the early 19th century by Napoleon, whose love of grandeur swept away all the narrow zig-zaging calli which had once been here. It was then widened even further in 1880. The name 22 Marzo, 22nd of March, commemorates the date when the Venetians expelled the Austrians from their city in 1848. Today it is the most sought-after street by luxury shoppers.