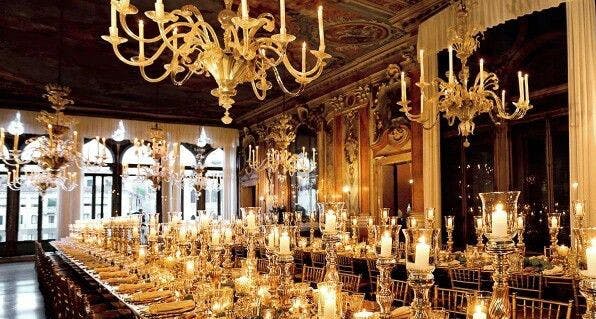 One of the most noteworthy gothic palaces is Palazzo Pisani Moretta; built in the 15th century, in the mid 1700’s it was acquired by the Moretta branch of the Pisani family. Almost immediately the family fell into disrepute, when the second son Vettor fell in love with Teresa Vedova, the daughter of a simple artisan. Since it was illegal for a nobleman to marry someone of a lower standing, the girl was sent to a convent to avoid a public scandal; however, the two lovers managed to meet in secret and Teresa became pregnant, later giving birth to Pietro Pisani. Vettor changed his mind however and wanted nothing to do with the affair and even chose a substitute husband for hapless Teresa, who refuted him. The story ended with Pietro’s death in 1847, who had become the last rightful heir to the Pisani estate. The palace was then renovated and today hosts wonderful events and balls during the Carnival period.

The suggestive palace that franks flanking the smaller canal is the headquarter of Venice’s University, Ca’Foscari. It was built in the early 15th century and bought in 1452 by the Doge Francesco Foscari, who governed the Venetian Republic for over thirty years with great success. He had it demolished and rebuilt by the Renaissance architect Bartolomeo Bon, who finished the job in 1457; however, the Doge never managed to live in the palace, as he died only a few months previously of heart failure, after having abdicated from his position. The death was caused largely by the great pain for the death of his son Jacopo, who was first accused of corruption and then of murdering one of his accusers. After many attempts to defuse the tense situation, Francesco remained inflexible before his son’s pleas of intercession and was forced to send him into exile to Crete, where Jacopo died soon after in solitude.