The ancient feast of the “Sensa” 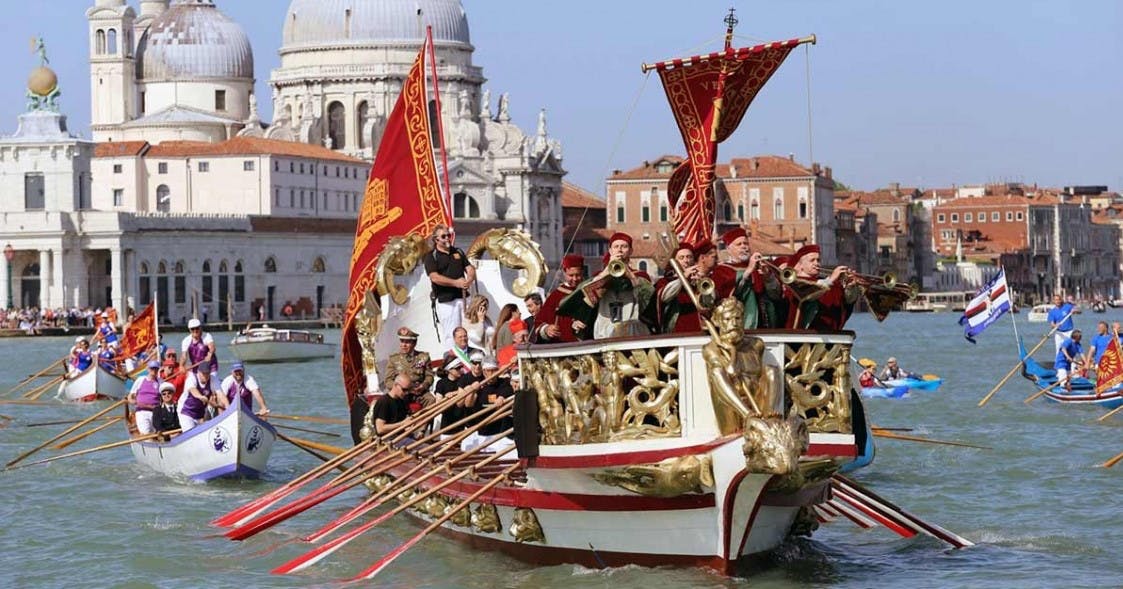 The history of the feast

It was the day of the Ascension in 997 when Doge Pietro Orseolo set sail against Istria and Dalmatia, conquering them. To commemorate this fortunate feat, which ensured the Doge the title of Duke of Dalmatia, the most solemn of the Venetian feasts was established, the famous Ascension Day, Sensa in Venetian.

This feast acquired greater pomp and solemnity after Alexander III, Pontiff, both for the courteous hospitality he received and also for the support he had received from the Venetians against the Emperor Frederick Barbarossa, gave the Doge Sebastiano Ziani, as a sign of the dominion he granted him over the Adriatic, a blessed ring engraved with these words: “Receive it as a pledge of the sovereignty that you and your successors will have perpetually over the sea!”.

It was from that moment that the Doge, on the day of the Sensa, after being mounted on the Doge’s galley, which later became the Bucintoro, was led, amidst the artillery fire, from St. Mark’s pier to the Lido. The Doge’s galley was followed by boats called peatoni and a procession of numerous other boats.

Once arrived on the island of Sant’Elena, the Doge’s Galley was docked at the Patriarch’s boat, which was waiting for the Doge’s head with holy water; navigation was resumed until the exit of the Lido port where a vase of blessed water was poured into the sea and the Doge concluded the ceremony, called The Marriage of the Sea, throwing a golden ring, also blessed, pronouncing these words: “Desponsamus te mare in signum veri perpetique dominii” (“We marry you, sea, as a sign of true and perpetual dominion”).

During his stay, Pope Alexander III had promised to grant indulgences to all those people who, during the seven consecutive days of the feast, had visited St. Mark’s Basilica; this brought an invasion of foreigners and Venice, and he took advantage of it by establishing an annual fair that lasted fifteen days where paintings, fabrics and rare objects were exhibited.

Today the feast is celebrated on the seventh Sunday after Easter and the mayor of Venice, after boarding the Bissona, a boat also used in the historic regatta, flanked by numerous boats (pushed by rowers in traditional costume), is accompanied to the mouths of St. Nicholas at the Lido where he repeats the rite of the Marriage of the Sea by throwing into the sea the golden ring that symbolizes the eternal union between Venice and the sea.

On the occasion of the Sensa on 16 May 1792 the new theatre La Fenice, designed by Antonio Selva, was inaugurated with the opera “I giuochi di Agrigento” by Paisiello.