The Lion and Theodore 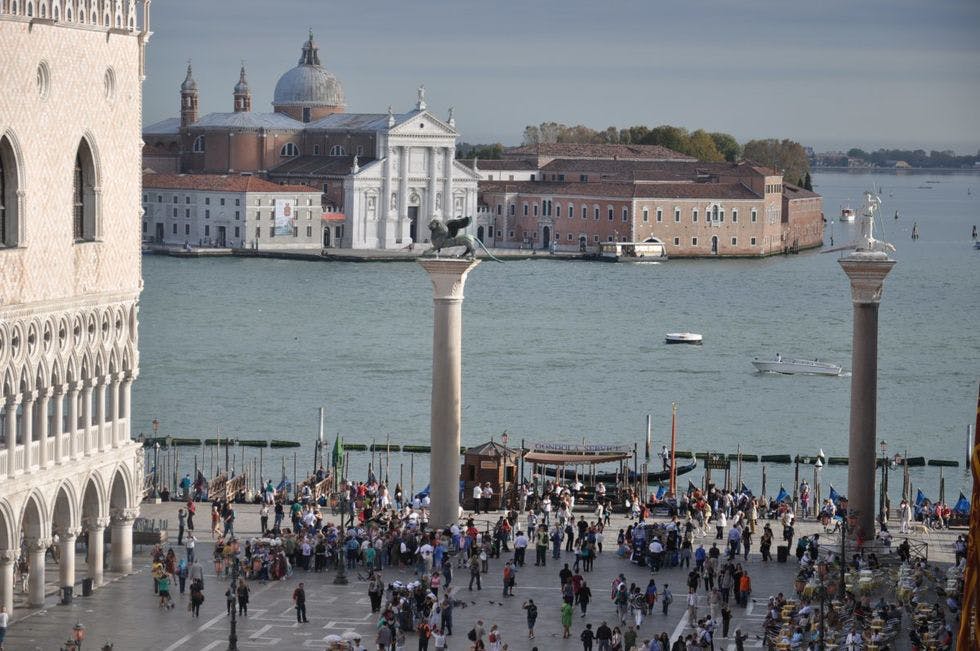 Once the basin of San Marco was the sea port of Venice and those who came by ship could admire the impressive unique architecture of Palazzo Ducale, seat of the Venetian power, and two marble and granite columns topped by the statues of the two patron saints of Venice: the winged Lion, symbol of St. Mark the Evangelist, and “Todaro” , the Byzantine St. Theodore of Amasea, who was the first protector of the city.

The columns of St. Mark’s Square

The columns belonged to the spoils of war won by Constantinople with the help of Venetians and in the original plan should have been embarked on three different ships. Legend has it that one of these was ship wrecked and lost the column in the lagoon’s slimy posts; such was the mass of mud that the wrecked column could never be found. The other two were left on the shore by St. Mark’s Square and there remained for over a century because nobody was able to hoist them.

Only around the 12th century, Nicolò Barattieri, constructor from Bergamo, raised them exactly at the place where we see them today by means of a clever system of levers and ropes. Between the two columns there was a legally recognized area, unique in Venice, where gambling was allowed, but in the 18th century that became the place where executions took place.

Still today there is a Venetian idiom that reads: “Do you want me to show you the time?” Used as a threat, it refers to the fact that executions used to be carried out by holding the convict’s back turned to the waterfront, so that the last thing he saw before death was the clock tower.

Discover the histories and secrets of the monuments with € 20, click here!