Art and professions in the Dorsoduro Sestiere 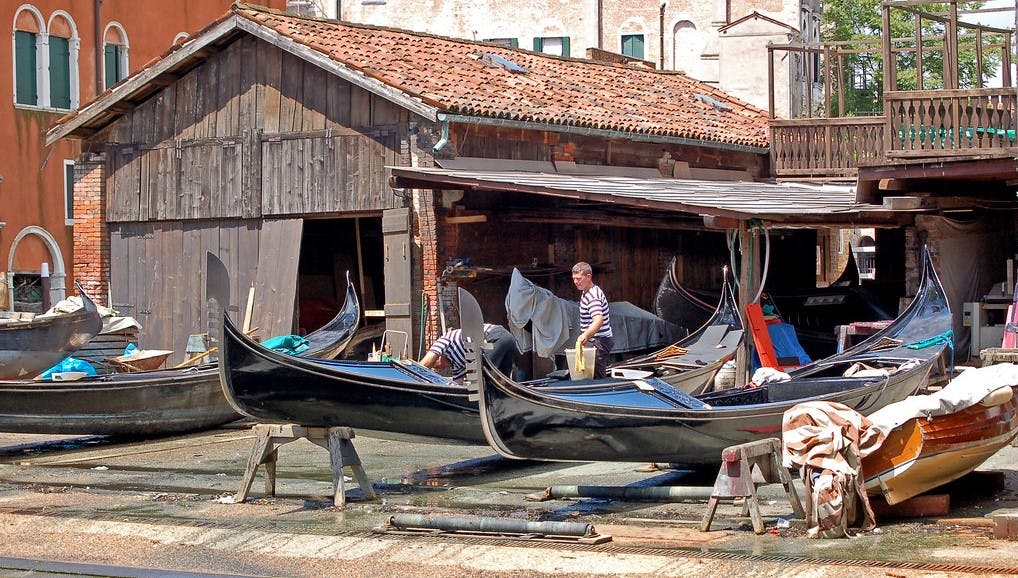 The apotheosis by Veronese and the gondolas’ yard

Are you looking to avoid crowds and the usual touristy walks?
Do you want to hear Venice’s primitive pulse, by exploring a true gem of Venetian art and one of the city’s historic professions?

In Dorsoduro, the area in the southern part of Venice, you will find the Church of San Sebastiano, a glorious set of paintings by Veronese, and the Squero of San Trovaso, one of the city’s oldest and most picturesque boatyards, where boats are still built today.

The Church of San Sebastiano 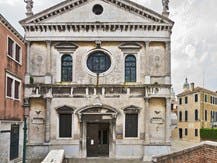 A few steps from the magnificent view of the Giudecca canal on the Zattere lies tucked away the Church of San Sebastiano, built in the mid-15th century for the Eremiti Monks of San Girolamo (the Gerolomini), where their convent stood.

At the beginning of the 16th century, the primitive structure was renovated by one of the most important Renaissance architects, Antonio Abbondi (known as Scarpagnino), who confered the recognisable neo-classical façade in Istria stone we see today, which can admired from the bridge leading to the entrance.

The friendship between the convent’s prior, Father Bernardo Torlioni, and Veronese was crucial in building the reputation of the Church of San Sebastiano that has lasted through the centuries.

At a time when Venetian art was dominated by Titian and Tintoretto, through the ranks came the young Paolo Caliari known as the Veronese, who in 1554, at the age of 26, was commisisoned to paint the Sacresty by the church’s prior.

Just like the Scuola of San Rocco for Tintoretto, the Church of San Sebastiano was truly love at first sight for Veronese, who worked there repeatedly over the next 20 years with his pupils, leaving around 60 paintings and frescoes, among which stand out Il Trionfo di Mardocheo, the splendid altarpiece on the high altar with La Madonna in gloria con San Sebastiano e altri Santi, the Martirio di San Sebastiano and the organ’s doors which, when closed, display La presentazione al tempio, and when open, La piscina probatica.

The eternal bond between Veronese and the Church of San Sebastiano is not solely tied to his artwork; indeed, on one side of the central nave lay his remains.

And if you’re still hungry for more, inside the Church of San Sebastiano you will find works by other famous painters such as Palma il Giovane, Paris Bordon, Vicentino, Schiavone, and last but not least, even Titian with a splendid San Nicola.

The Squero of San Trovaso

Again a few steps from the same wonderful view of the Giudecca Canal, the route of frequent passing ships, one can find the Squero of San Trovaso, an ancient boatyard for the construction of Venetian ships, still active today.

The origin of the word “squero” is still debated: some trace it back to “squadra” (triangle), the measurement tool essential to any builder, and others claim the term derives from the Greek “ἐσχάριον” (eschàrion), meaning “construction site”.

Visitors seeing the Squero of San Trovaso from the outside for the first time often say: “Wait, are we in Venice or in a village up in the Dolomites?”

This is because the buildings surrounding the boatyard greatly resemble the architectural style of houses in Cadore in the near Dolomites, where in the 1600s the first shipwrights hailed from, (the same people who founded the site in fact) and from where most of the wood for construction arrived. A tribute, therefore, to their place of origin and a way, perhaps, to curb their homesickness.

The Squero of San Trovaso is one of the few active boatyards in Venice and by far the most widely-built boat is the gondola, which is still assembled with the same methods of the past, through an exclusively manual process; this makes each gondola, for however similar to others, totally unique.

Visiting the Squero of San Trovaso is a truly original experience filled with pathos. You will see the shipwrights at work, tread on the shavings of wood used for building boats and breathe in its unique smell, you will observe up close the various components of a boat, each a masterpiece of craftsmanship in its own right.

Leaving the Squero of San Trovaso you will see the Chiesa of San Gervasio and Protaso (also known as Church of San Trovaso), which has a sensational painting of L’ultima cena by Tintoretto, one of the many “last meals” painted by the Venetian art genius.

Discover Venice in all its magnificence with 4 tours starting from € 10, click here!