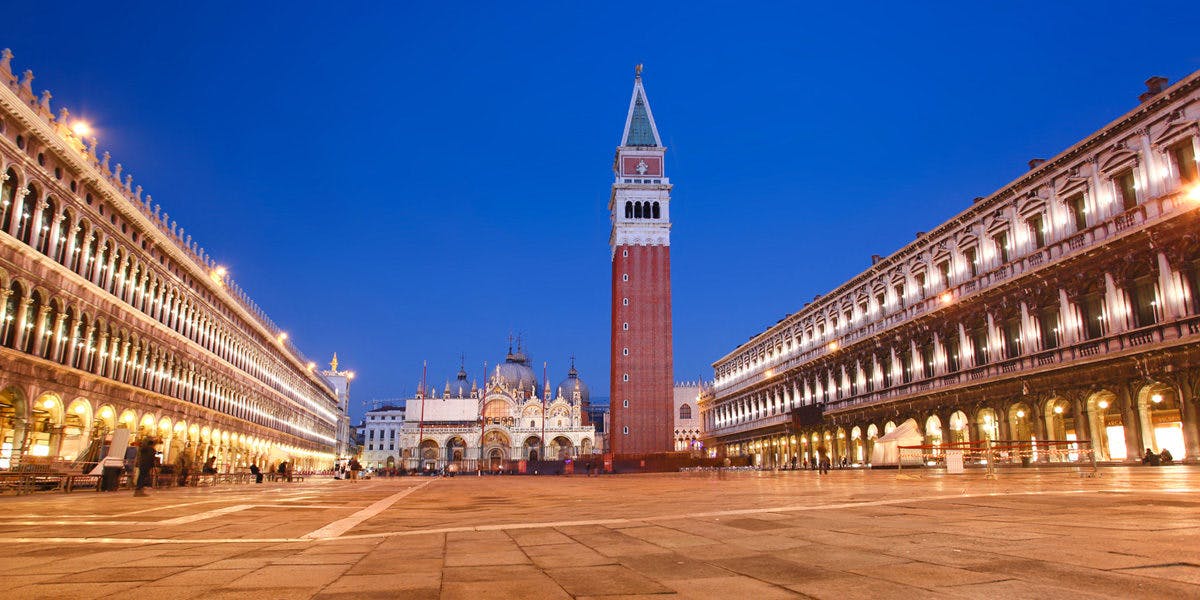 Venice has only one square or piazza: St.Mark’s Square, a 170 meter-long trapezoid which differs from all other squares that are called “campi” (fields). 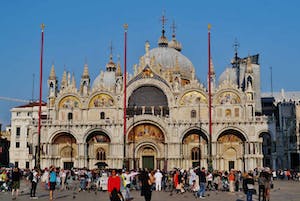 Well, St. Mark is one of the 4 official evangelists of the catholic religion, and early on became the patron saint of Venice. His body was smuggled from Egypt and carried into the city in the 9th century AD, since when it remains preserved inside the Basilica. The symbol of St Mark is the winged lion, which quickly became the symbol of the Venetian Republic.