The style of Vivaldi and some curiosities about his masterpieces 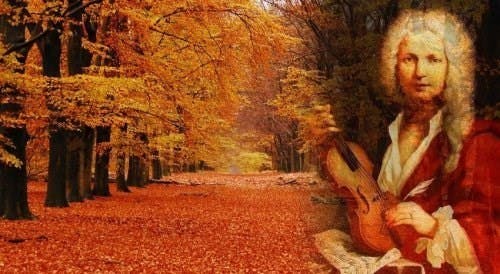 Vivaldi innovated deeply the music between the 1600 and 1700 changing completely the Italian baroque music. He revitalized the formal and rhythmic structure of the concerto adding many harmonic contrasts and unusual melodies. His style was considered exuberant and was appreciated by both the public and the expert musicians.

The Red Priest achieved success especially in Austria and Germany where people defined his pieces as something magnificent and modern. Sebastian Bach considered Vivaldi as his main source of inspiration. The only country that dislike the Vivaldi was the United Kingdom, which define his music appropriate only for the kids.

After his death his works was forgotten for almost 2 centuries and only after the Second World War, they come back famous all over the world and cherished by many experts.

His most famous masterpiece realized during the period in Mantua (about 1720), where he found inspiration in its countryside, indeed the work wants to describe the nature with its flowers, animals and the farm-life around the rural area.
This piece has composed by four–soloist concerts for violin belonging to the opera “Il Cimento dell’armonia e dell’Inventione”. The opera aims to explain the spirit of each season with the music and sonnets (written by an unknown poet).

Every concert is divided in 3 movements different for speed and intensity and describe the four seasons: “winter”, “autumn”, “spring” and “summer”. The score contains pieces with soloist violins, strings, harpsichord and pipe organ. The peculiarity is that the music was created to describe the feelings during a season: for example during the winter, the music and the sonnets are colds and darks instead in the summer part they are warms.