The torment of prisoners 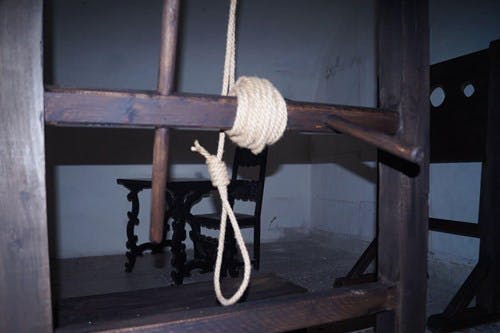 After the sentence was passed, prisoners could make pleas to the magistrates to improve the hardships of prison life. The approval of such pleas was subject to the payment of pezaria, an amount decided by the Magistrates in charge.

In their pleas, prisoners often requested to serve their sentence at home, to transfer to more sanitary cells, or to be able to continue managing their affairs from prison. Pleas very often regarded the price of justice costs that the condemned person was unable to pay and who therefore had to remain in prison despite having served the sentence.

In the Prisons’ palace, next to the rooms of the Lords of the Night was the torture room. During interrogations for certain crimes it was possible to subject prisoners to torture. Considering that fire was the main enemy to Venice, any method of torture using fire was avoided.

The main means of torture, if not the only one that the Venetians used, was rope torture sometimes combined with squassation. Victims had their wrists and elbows tied together behind their backs, then the body was lifted from behind with the rope and suspended. We’ll leave it to you to consider the unimaginable torment that the unfortunate victim would suffer from such torture.

At a later stage, during the 1500s, the Republic of Venice introduced a new punishment: being sentenced to imprisonment on board the Galleys, the Venetian battleships. Here the prisoners would be chained up and made to row the boat instead of serving their penalty inside the overcrowded prison. At that time, it was also believed that this punishment was rehabilitating when compared to rotting away in the filthy cells. It also provided the Venetian fleet with free of charge rowers.

According to the prison sentence count, one year’s stay on the galleys was equivalent to 2 years’ imprisonment. As for the other prisoners, those sentenced to rowing had to pay the maintenance, the legal costs and the acts of release.

Discover the secret itinerary of the prisons with € 15, click here!