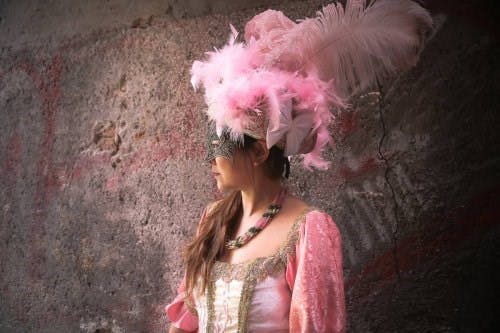 The origin of Venice Carnival is still uncertain. What it is sure is that its initial affirmation is based on three specific moments: between religious celebrations and wars. Three years: 1094, 1162, 1296. These are the historically documented year of the first period of development of Venice Carnival.

The Mysterious Origin of Carnival

The origin of this party is indeed as mysterious as the Carnival in itself; what seems more likely, however, is that the period of excess and fun that characterized the public life of the Serenissima was a well accepted practice in the early decades of the 1000 a.d. and in any case, well before of the period recorded by historians – between the eleventh and thirteenth centuries – in which are located our three dates.

This is the year of the first document which clearly refers to the short period of public amusement just before the Lent.
What we know is that the Doge of that period was Vital Falier, and, as far as the Carnival is concerned we don’t have other information.
What seems clear is that this period of amusement, although mentioned for the first time, was not new to the Venetians.

This is the year in which the Doge Vitale Michieli fought against the Patriarch of Aquileia Ulrich who, supported by Frederick Barbarossa who joined other Friulian landowners, tried to conquer the city of Grado which was under Venetian control.
The reaction of the Serenissima was fast and determined and led to the capitulation of the Patriarch in the day of Carnival, on thursday “Giovedì Grasso”.

The celebrations became, in later years, a consuetude even because of  the tribute – a bull and twelve pigs – that Aquileia had long been recognized in Venice, always during the “Giovedì Grasso”.

This is the year in which the Carnival is declared public holiday by the Senate. The Carnival, in fact since 1296, was officially fix the last day of Lent, as festival dedicated to the fun and the excesses.

Carnival thus becomes an outlet for a city more and more powerful, but also increasingly subject to political tensions and pitfalls moves by rival States. A curiosity? The Doge of the period, Pietro Gradenigo, was the first to citate a mask, in this case the bauta.

“Great thing did the man who first invented the mask “bauta”, because this makes people of every role and age in convenient equality and avoides any reverence between sexes”.