The History of Venice 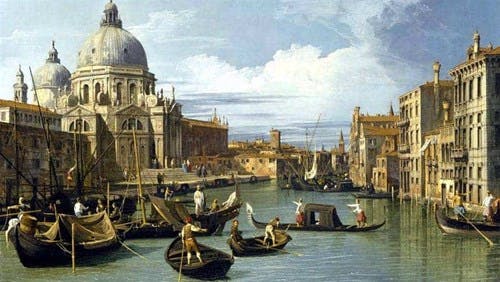 829 – remains of St. Mark brought from Alexandria to Venice

1319 – Golden Book instituted for all members of the aristocracy listed

1339 – Venice captures Treviso, an important city in the mainland

1402 – Venice conquers Padova, Vicenza gaining the control of the Lombard plain and acess to the Alpine passes

1463-1479 – First war against Turks; Venice pays annual tribute for right to trade with the Ottoman Empire

1516 – Venetian Jewish restricted to the Ghetto

1571 – Turks defeated at the battle of Lepanto by an alliance of Venice, Spain, Genova and the Papacy

1686 – Construction of the Church of Santa Maria della Salute

1805 – French regain control of Venice following the battle of Austerlitz

1866 – Venice joints the Kingdom of Italy

1915 – Italy enters war against Germany and  Austria, despite later bombardment, no major damage to Venetian monuments

1917 –  Creation of new industrial zone and port of Marghera

Discover 4 amazing tours that you can do starting from € 10, click here!