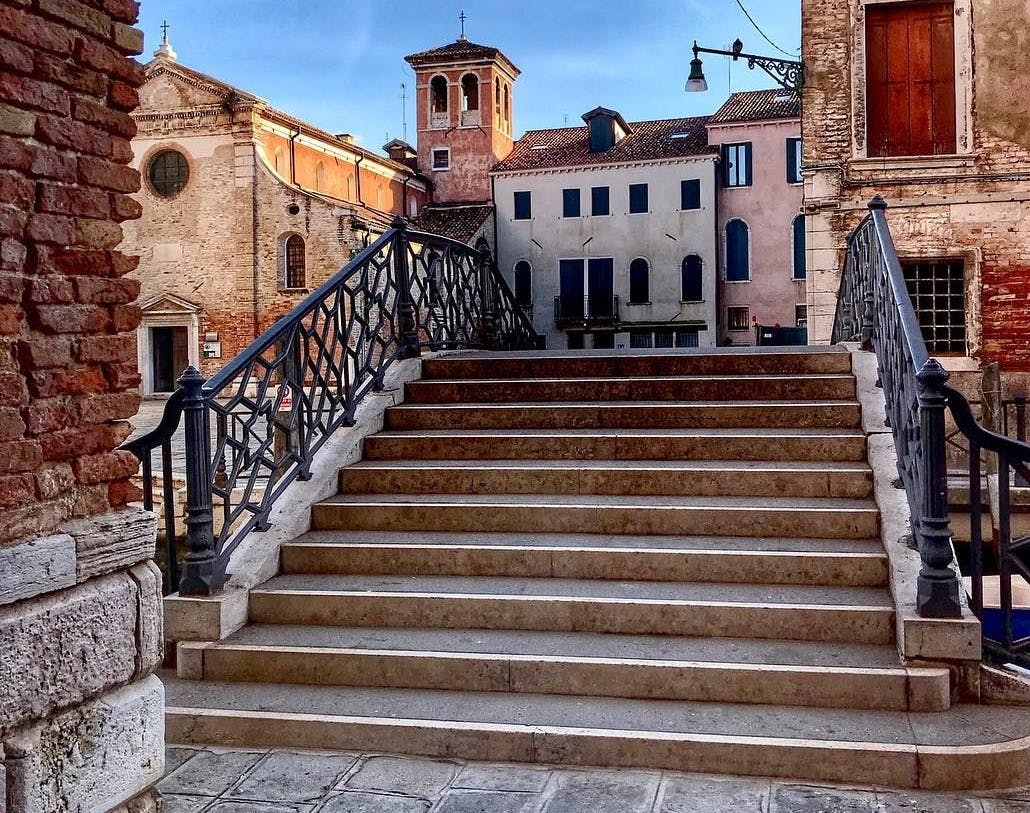 Here we are in Campo San Giovanni Decollato, and this is as secret as Venice gets; if you ask a Venetian directions to get here, he probably won’t be able to help you since he’ll know it as San Zan Degolà. Whether in Italian or Venetian, the name refers to St. John the Decapitated; naturally, you may see a relief of a severed head on the side of the church; and for good reason, since not far from here there once worked a much loved chef who, it eventually turned out, had been serving human flesh to his customers, which he’d chopped up himself. For his heinous crimes, he was of course decapitated publically in St. Mark’s Square, as was custom at the time.

This campo has always been rather “out of the way”, and in the past was practically isolated, surrounded as it was by “piscine”, pools of water where people used to swim and fish, and which have in time been interred and turned into the calli you’ve likely been walking along to get here.

Wine runs like water in Venice, and perhaps even more so. Given the hardship of finding clean-drinking water in such a marshy land, wine often became the cheaper and healthier option. However, it needed to be stored somewhere and the business of producing wine casks became so florid that producers founded their own guild, based here in Calle dei Boteri, the street of the barrel-makers.

Perhaps an indication of how much wine was appreciated by the ruling class, a law was passed which forced the Boteri to pay for the construction and reparation of Barrels for the Doge’s Palace.